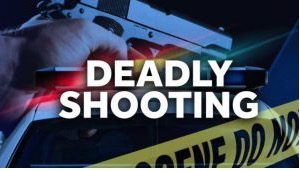 Did negligent security contribute to the home invasion and shooting death at a Las Vegas apartment complex and are justice and compensation available to the victim’s family?  Read Our Legal Take below to find out what legal options are available.

A man was reportedly shot and killed during an attempted home invasion at a Las Vegas, Nevada apartment complex Wednesday morning, December 4, 2019.

As reported by ReviewJournal.com, “[a]bout 9 a.m. Wednesday, officers were called to an apartment on the 1200 block of West Alexander Road, east of Martin Luther King Boulevard, after a fight between two men was reported.”

According to the report, “[w]hen police arrived they found a 55-year-old man outside the apartment not breathing, and he was pronounced dead at the scene”

8NewsNow.com is reporting “the victim and his wife were inside their apartment when they heard a knock at the door. The victim’s wife answered the door and saw the suspect holding a handgun.”

According to the report, “[t]he suspect pushed his way into the apartment and struggled with the victim. The victim eventually pulled the suspect outside. As they were struggling, a second suspect appeared and started firing at the victim.”

The investigation is ongoing.

Residents and guests of apartment complexes have a right to feel safe and secure while on the premises. The level of security provided at the apartment complex is of significance, and is a relevant consideration when analyzing whether this shooting may have been prevented.  The following questions are also important in assessing whether this incident may have been avoided:

Property owners are generally required to protect against foreseeable harm to anyone and everyone legally on the premises.  Should the investigation into this incident reveal facts that establish that the apartment complex owner or management lacked adequate security to protect its residents and visitors, the victim’s family may seek justice and elect to pursue legal claims and substantial compensation for their loss.

The Murray Law Firm has extensive and successful experience in handling security negligence claims on behalf of victims and their families, and suggests that an immediate, unbiased inspection of the property will need to be performed so as to limit evidence from being altered, damaged or destroyed.  The complexities of pursuing a negligent security case are well understood by the legal team at The Murray Law Firm, and it is imperative that the victim’s family retain a capable law firm who will work without delay to protect their interests.

OUR RESULTS: OVER $100 MILLION IN VERDICTS AND SETTLEMENTS FOR OUR CLIENTS

The Murray Law Firm has a long history of representing victims of violence and security negligence.  We have obtained over $100 Million in verdicts and settlements for our Clients, including a $29.25 million dollar verdict for a victim of an unsafe property. We offer our legal assistance, if desired.