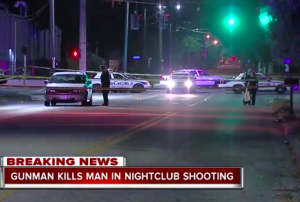 Could This Tragic Tampa Nightclub Shooting Have Been Prevented?

According to WFLA 8, shots were fired following a “fight between several people…at the Island Grill located at 3404 E. Lake Ave.” Tampa Police discovered Mr. Officer suffering from fatal gunshot wounds inside the nightclub, per ABC Action News reports. A second victim was apparently stabbed during the fight. His current condition has not been released.

The nightclub was the subject of a prior shooting investigation in October 2011, per ABC reports. A large fight apparently began “inside the club” and escalated into gunfire in the parking lot.

Did negligent security contribute to this senseless loss of life? We represent individuals and families who have suffered a tragic loss or injury as a consequence of negligent property security. Read Our Legal Take to find out if the victim’s family may have a legal avenue for justice and claims for substantial compensation in Florida, or call now for a free consultation with our legal team: 888.842.1616.

Generally, property owners are required to protect all residents and guests legally on the premises from any foreseeable harm. Should the facts of this matter reveal that the nightclub owner or management failed to provide adequate security to protect those on its premises, the victim’s family may seek justice and elect to pursue legal claims for his wrongful death. Additionally, the second victim of this violent assault may elect to pursue legal claims for his injuries.