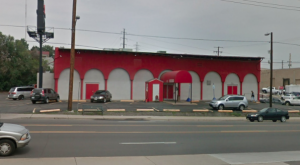 Did negligent security contribute to this senseless Denver gentleman’s club beating and are justice and compensation available to the victims?

A deadly assault at a Denver, Colorado gentleman’s club left one man dead and three other people injured, Sunday afternoon, April 28, 2019.  According to Westword.com, “At least one person is dead and another is in critical condition after an assault at PT’s Showclub, at 1601 West Evans Avenue.”  The news story reports “[f]our victims were transported to the hospital for blunt force injuries on their heads and bodies; a woman remains in critical condition and two more were released. Police have not released their identities or the name of the man who died.”  DenverPost.com is reporting, “When police responded to the scene shortly before 1 p.m., [the suspect] was in the parking lot near one of the victims, who was on the ground and seriously injured…[o]fficers shocked [the suspect] with a Taser and took him into custody after he did not comply with their demands.”

A motive for the attack is not clear at this time according to media reports.

Club patrons have a right to feel safe and secure while on the premises. The Murray Law Firm questions the level of security provided at the club and whether this assault may have been prevented.

Based upon its prior successful experience in handling security negligence claims on behalf of victims and their families, The Murray Law Firm suggests that photographs and a thorough, unbiased inspection of the property will need to be performed immediately, before any evidence may be repaired, damaged or destroyed. Given the complexities of pursuing a negligent security case, it is imperative that the victims and family of the deceased victim retain an experienced attorney who can ensure the preservation of any and all evidence that may support such a claim.

The Murray Law Firm has an extensive and successful record representing victims of violence and security negligence and their families.  We have obtained over $100 Million in verdicts and settlements for out Clients, including a $29.25 million dollar verdict for a victim of an unsafe property. We offer our legal assistance, if desired.