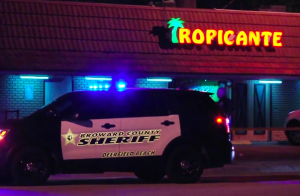 Did a security failure contribute to the Club Tropicante nightclub shooting?

According to The Miami Herald, responding officers discovered “three men and a woman wounded at Club Tropicante, 4251 N. Dixie Hwy.” All four were transported to Broward Health North. Their current conditions have not been released.

The Sun Sentinel reports, “the city can stop the club from opening its doors beginning May 18.” The ruling is part of an ongoing legal battle between the nightclub and city and, unfortunately, comes 18 days too late for the four victims. Deerfield’s mayor vowed to “redouble efforts to close down” the nightclub back in in May 2017, per Sun Sentinel reports. At that time, the city had compiled a report alleging “six shootings, six assaults and one stabbing” at the property from January 2012 to September 2015.

Did negligent security contribute to this Deerfield Beach nightclub shooting? We represent individuals and families who have suffered a tragic loss or injury as a consequence of negligent property security. Read Our Legal Take below to find out if the victims may have a legal avenue for justice and claims for substantial compensation in Florida, or call now for a free consultation with our legal team: 888.842.1616.

Nightclub patrons have a right to feel safe and secure while on the premises. The Murray Law Firm questions the level of security provided on the property and whether this shooting may have been prevented.

Generally, property owners are required to protect all those legally on the premises from any foreseeable harm. Should the facts of this matter reveal that the nightclub owner or management failed to provide adequate security to protect those on its premises, the victims may seek justice and elect to pursue legal claims for their injuries.