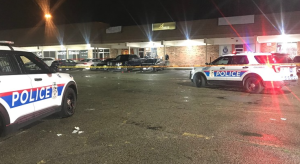 Could the shooting at a Columbus nightclub have been prevented and are justice and compensation available to the victims families and injured victims? Read Our Legal Take below to find out what legal options are available.

Gunfire rang out at a Columbus, OH nightclub early Sunday morning, September 25, 2022, leaving one woman dead and two others injured.

Dispatch.com is reporting, “[w]hen [officers] arrived they discovered two women injured with gunshot wounds. One woman, identified as Shamira Rhodes, 30, was pronounced on the scene around 4:47 a.m. A 17-year-old girl was transported to an area hospital, where she remains in critical condition.”

According to NBC4i.com, “CPD said they later learned a 42-year-old woman was also shot and went to the hospital on her own in stable condition. The initial investigation by police revealed that a fight broke out and one gun was produced, which was used to shoot all three victims.”

10tv.com is reporting, “[a] 17-year-old girl has died nearly three weeks after she was shot at an east Columbus nightclub. Khaterra Griffin died from her injuries Saturday morning…The teen was one of two people who died from the shooting at [the nightclub] on Sept. 25.”

The shooting remains under investigation.

Is Justice Available? Our Legal Take

Nightclub patrons have a right to feel safe and secure while on the premises they are visiting. The level of security provided at the property is of significance, and is a relevant consideration when analyzing whether this shooting may have been prevented.  The following questions are also important in assessing whether this incident may have been avoided:

The Murray Law Firm has extensive and successful experience in handling security negligence claims on behalf of victims and their families, and suggests that an immediate, unbiased inspection and investigation will need to be performed so as to limit evidence from being altered, damaged or destroyed.  The complexities of pursuing a negligent security case are well understood by the legal team at The Murray Law Firm, and it is imperative that the families of Khaterra Griffin and Shamira Rhodes and any injured victims retain a capable law firm who will work without delay to protect their interests.

OUR RESULTS? OVER $125 MILLION IN VERDICTS AND SETTLEMENTS FOR OUR CLIENTS.

The Murray Law Firm has a long history of representing victims of violence and security negligence.  We have obtained over $125 Million in verdicts and settlements for our Clients, including:

We offer our legal assistance, if desired.  We represent our Clients on a contingency agreement, which generally means that no fees or payments are owed until and unless we recover.  Anyone seeking further information or legal representation is encouraged to contact us via e-mail (click here) or by telephone at 888-842-1616. Consultations are free and confidential.