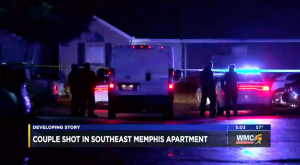 Two People Shot and Injured While Sleeping in Their Memphis Apartment. (WMCActionNews5.com)

Did negligent security contribute to the shooting at a Memphis apartment complex and are justice and compensation available to the victims?

Gunfire erupted at a Memphis, Tennessee apartment complex early Friday morning, March 8, 2019, leaving two people injured.  According to WREG.com, “Police received a shooting call from Birch Lake Drive inside the Waterview Apartment Homes just before 4 a.m. Friday.”  The news story reports “[f]amily members confirmed that a man and his girlfriend were asleep in the living room when bullets starting flying through the sliding glass door…[t]he man was shot in the head while the woman was grazed by a bullet.” According to WMCActionNews5.com, “One victim has been released from the hospital. The other is in fair condition.”

This is apparently not the first time that an apartment complex in the area has been the subject of reported violence.  According to a WMCActionNews5 report, a resident was murdered an apartment complex named Cypress Lake Apartments, in July of 2016.  Also, according to a WREG report, there were multiple armed robbery attempts at the Cypress Lakes complex in 2013 and 2014.

Apartment residents and guests have a right to feel safe and secure while on the premises. The Murray Law Firm questions the level of security provided at the apartment complex and whether this shooting may have been prevented.

Generally, property owners are required to protect all those legally on the premises from any foreseeable harm. Should the facts of this matter reveal that the apartment complex owner failed to provide adequate security to protect those on its premises, the victims may seek justice and elect to pursue legal claims for their injuries.

OUR RESULTS: OVER $100 MILLION IN VERDICTS AND SETTLEMENTS FOR OUR CLIENTS

The Murray Law Firm has an extensive and successful record representing victims of violence and security negligence.  We have obtained over $100 Million in verdicts and settlements for our Clients, including a $29.25 million dollar verdict for a victim of an unsafe property. We offer our legal assistance, if desired.