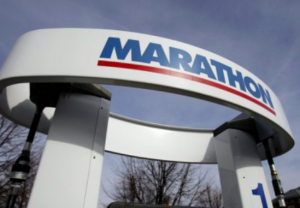 Two young men were reportedly shot and injured during a robbery outside a gas station in Cleveland Friday morning, September 23, 2016.

According to Cleveland.com News, “[t]he shooting happened about 2:30 a.m. Friday at the Marathon Gas station on East 55th Street and Woodland Avenue.” Two armed men apparently approached the victims’ car while another passenger was inside the convenience store. The robbers stole money from the victims before opening fire, striking a 21-year-old man in the chest and a 22-year-old man in the stomach. The victims’ current conditions have not been released.

Patrons have a right to feel safe and secure while on premises of the establishment they are visiting. The Murray Law Firm questions the level of security provided at the gas station and whether this shooting may have been prevented.

Generally, property owners are required to protect all patrons legally on the premises from any foreseeable harm. Based upon its prior successful experience in handling security negligence claims on behalf of victims and their families, The Murray Law Firm suggests that photographs and a thorough, unbiased inspection of the property will need to be performed immediately, before any evidence may be repaired, damaged or destroyed. Given the complexities of pursuing a negligent security case, it is imperative that the victim retain an experienced attorney who can ensure the preservation of any and all evidence that may support such a claim.

We’ve Recovered Millions for Victims of Property Security Negligence…Contact us Now for a Free Consultation.