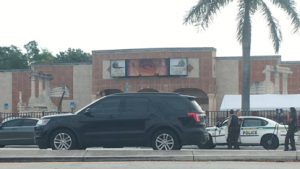 Could the shooting death of Andrew Lemon Jackson at a Miami-Dade nightclub have been prevented and are justice and compensation available to Mr. Jackson’s family?

Gunfire rang out at a Miami-Dade, Florida nightclub early Saturday morning, March 16, 2019, leaving one man dead.  According to MiamiHerald.com, “[a] man was shot to death Saturday morning after a dispute inside a Northwest Miami-Dade strip club spilled into the parking lot and escalated to a gunfight.”  Local10.com reports “the shooting happened around 1 a.m. outside Club Lexx in the 12000 block of Northwest 27th Avenue.”  The news story reports “a group of men got into argument inside the club, causing security guards to escort them from the building. The argument continued in the parking lot and turned physical. Multiple people drew weapons and fired at each other.”  According to Local10.com, “[o]ne [of] the shots struck 26-year-old Andrew Lemon Jackson, killing him.”

The suspects left the scene and have not been identified according to the media outlets.

Based upon its prior successful experience in handling security negligence claims on behalf of victims and their families, The Murray Law Firm suggests that photographs and a thorough, unbiased inspection of the property will need to be performed immediately, before any evidence may be repaired, damaged or destroyed. Given the complexities of pursuing a negligent security case, it is imperative that Mr. Jackson’s family retain an experienced attorney who can ensure the preservation of any and all evidence that may support such a claim.

DISCLAIMERS:  The information contained in this post is from secondary sources and may therefore contain inaccuracies. We will gladly correct or remove this post upon request.  The material contained in this post is not intended to constitute legal advice. As each Client is unique, please contact us for a free consultation on your particular case.  “Contingent attorneys’ fees” refers only to those fees charged by attorneys for their legal services. Such fees are not permitted in all types of cases. Court costs and other additional expenses of legal action usually must be paid by the client.Andrew Lemon Jackson