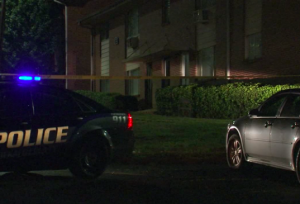 A man was reportedly shot and injured outside The Parke on Covington apartments Wednesday, May 25, 2016, only one day after a fatal shooting occurred at the same complex.

According to Fox 5, “Just before 1 a.m. Wednesday police responded to The Parke on Covington complex on a shooting call.” A male victim apparently suffered a gunshot wound to the hip. He was transported to Grady Memorial with injuries.

Police told media “the same complex was the location of another shooting the night before.” That shooting apparently occurred in the parking lot. “A bullet hole from the earlier deadly shooting could be seen in a white Sonata parked in the complex….” Fox 5 reports. The details of that fatal shooting have not yet been released.

Police are still searching for suspects in both cases, presumably leaving residents concerned for the safety of their families. Media reports indicate another shooting may have occurred at the complex in October 2015.