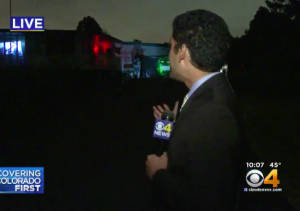 Halloween-themed amusement parks and haunted house attractions can pose serious risks to patrons, given frequently low lighting levels, short-term staffing, and frightened patrons. Although these attractions are meant to spook guests, owners have a duty to provide patrons with a safe and secure premises. Safety measures may include weapons screenings, proper staff training and background checks, clearly marked exits, smoke detectors, and crowd control procedures. Should property owners fail in this critical responsibility, they may be held civilly liable for any injuries, assaults or wrongful deaths which occur as a consequence.

According to CBS Baltimore, a man was stabbed while attending “Nashville Nightmare” with a group of friends Friday, October 12, 2018.

In October 2017, The Los Angeles Times reports, “chaos erupted…when about 15 to 20 teens began snatching cellphones and other belongings from patrons at California’s Great America Halloween Haunt.”

Halloween amusement park patrons have a right to be safe and secure while enjoying the property. By law, amusement park owners have a duty to protect patrons from any foreseeable harm. This responsibility is particularly critical when overseeing the safety of families. Should an amusement park property owner fail to implement proper security precautions, safety training, or equipment inspections, they may be held civilly liable for any injuries or deaths which occur as a consequence.