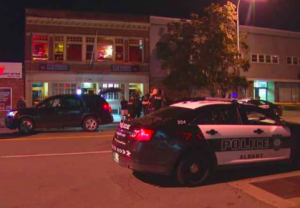 Did a security failure contribute to this senseless Albany nightclub shooting and are justice and compensation available to Joseph Davis’ family and the injured victims?

Gunfire erupted “outside [a club] at 348 Central Ave.” Saturday morning, September 29, 2018, claiming the life of 42-year-old Joseph Davis and leaving two others injured, according to Westport News.

Police told WNYT the nightclub “was crowded with several hundred people at the time.” Mr. Davis, a 21-year-old woman, and a 23-year-old man were all transported to Albany Medical Center, where Mr. Davis tragically succumbed to fatal injuries. The identities and conditions of the other two victims have not been released.

Did negligent security contribute to this Albany nightclub shooting? We represent individuals and families who have suffered a tragic loss or injury as a consequence of negligent property security. Read Our Legal Take below to find out if Joseph Davis’ family may have a legal avenue for justice and claims for substantial compensation in New York, or call now for a free consultation with our legal team: 888.842.1616.

Generally, property owners are required to protect all those legally on the premises from any foreseeable harm. Should the facts of this matter reveal that the nightclub owner failed to provide adequate security to protect those on its premises, the family of Joseph Davis may seek justice and elect to pursue legal claims for their loss. Additionally, the other victims of this shooting may pursue legal claims for their injuries.

We’ve Recovered Millions for Victims of Bar and Nightclub Security Negligence…Contact us Now for a Free Consultation.